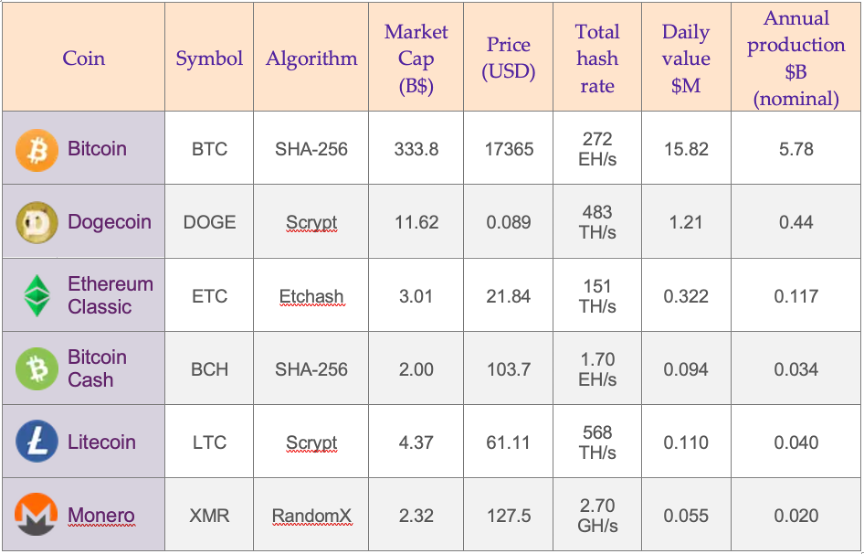 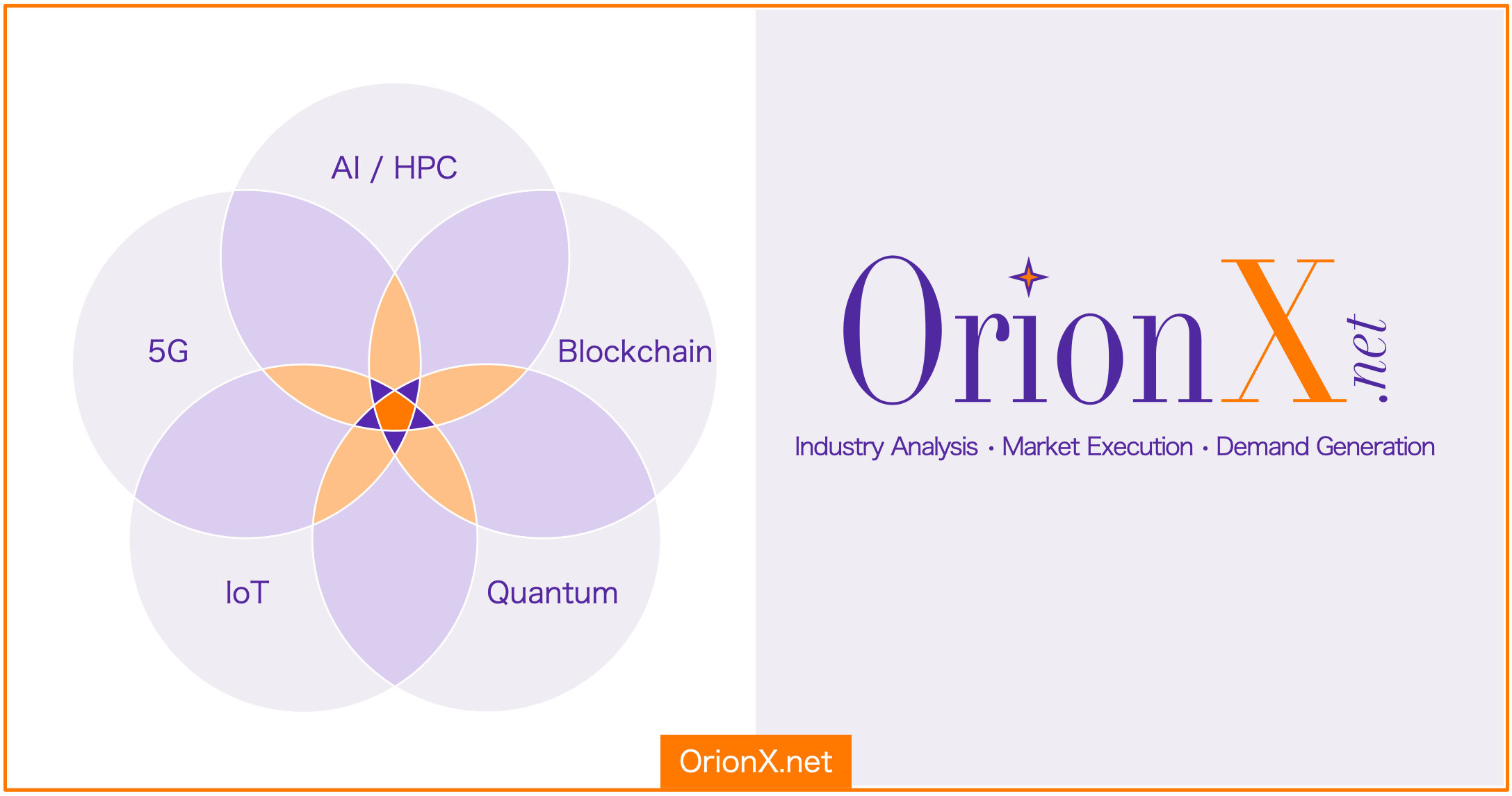 The Ninth Edition of the CryptoSuper500 Report Evaluates Crypto Winter as Annual Economic Value of Proof of Work Supercomputing Drops to Under $7B
MENLO PARK, Calif. - AstroBug -- OrionX Research today released the ninth edition of its CryptoSuper500 list. The list, now four years old, recognizes cryptocurrency mining as a form of supercomputing application, tracks the top mining pools, and offers a snapshot of the cryptocurrency industry. CryptoSuper500 was developed by Dr. Stephen Perrenod, OrionX Partner and noted Crypto Analyst who has also created a top-ranking Bitcoin evaluation model and elucidated the concept of the "blockchain calendar".

With Ethereum's change in consensus algorithm in September, away from the security-first proof-of-work for token creation to the transaction speed-first proof-of-stake, and the current crypto winter in prices, cryptocurrency mining pools produced at a rate of less than $7B annual economic value (AEV), down from over $42 billion a year ago. The list is now completely dominated by Bitcoin, showing an AEV of $5.8 billion, down from $20 billion one year ago. Dogecoin is the new #2, but is much smaller in generated annual economic value than Bitcoin due to a more inflationary money supply algorithm, and lower security as measured by deployed hash-rate, a measure of the rate at which cryptographic puzzles are solved by supercomputing resources.

More on Astro Bug
"Trends to watch going forward include faster and more energy-efficient mining hardware including some mining rigs that have liquid cooling, the continued dominance of the North American mining industry with public companies as major players, and the trend of increasingly green electricity and even carbon neutrality goals for the industry," said Dr. Stephen Perrenod, OrionX Partner and Analyst. "We expect some consolidation in the publicly traded crypto miners, unless prices rise quickly from here, and see continued volatility, as well as promise in select cases, in the cryptocurrency industry."

Bitcoin's security relies on a specialized form of supercomputing that employs several million ASIC mining 'rigs', with many different owners, working around the globe in a synchronized competitive race, repeated every block (about 10 minutes' worth of transactions). They execute the same open-source software, and encode value and transactions onto a shared but decentralized and publicly auditable blockchain. Such mining rigs are powered by custom Application Specific Integrated Circuits (ASICs) in Bitcoin's case, while other proof-of-work cryptos use ASICs or hardware accelerators such as (Graphic Processing Unit) GPU chips.

Bitcoin's electricity consumption is estimated to be approximately 0.5% of the global electricity use according to the University of Cambridge's Centre for Alternative Finance. Unlike most electricity, it is used for production, not consumption. Bitcoin can be viewed as energy that is securely encapsulated as highly secured information, held as long-term value in the Internet.

There are now some 21,000 cryptocurrencies, up from 13,000 a year ago.  Only a very small minority use supercomputing levels of resources. Most others will struggle to break away and are expected to be niche players or nearly worthless in the long run.

The full list with additional explanation is available at OrionX.net/research.

* Note: This effort is an analysis of the technologies and trends surrounding blockchain and cryptocurrencies. It is not, and must not be considered as, financial, investment, or legal advice.