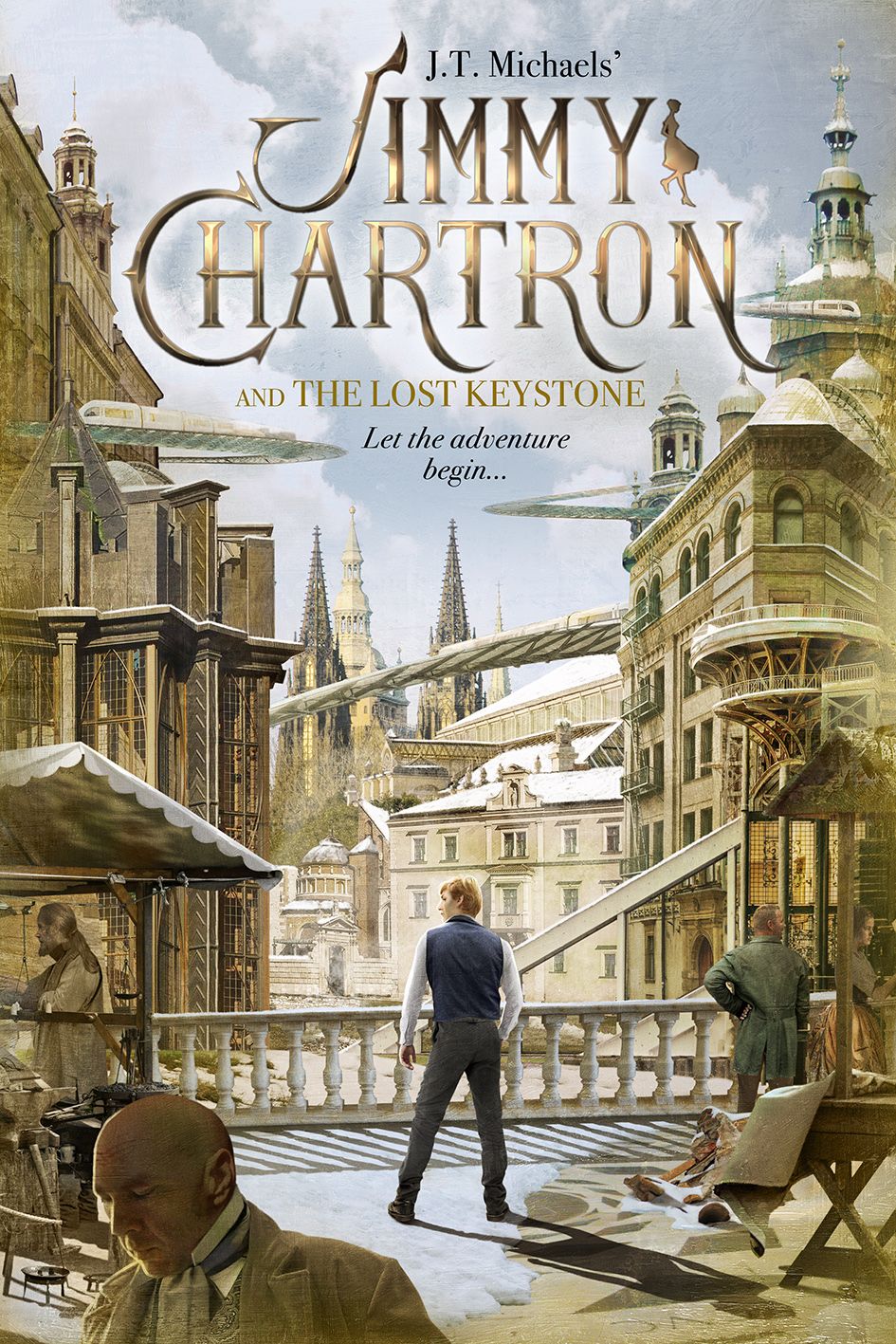 An orphaned teen gets tangled up in a dark mystery at his school and must use his wits – and the ghost in his head – to solve it, before a larger evil unravels.
SURREY, British Columbia - AstroBug -- Contact:  J.T. Michaels
Pre-order at: www.jtmichaels.ca

An orphaned teen gets tangled up in a dark mystery at his school and must use his wits – and the ghost in his head – to solve it, before a larger evil unravels.

Surrey, British Columbia – April 24, 2022 --Sixteen-year-old Jimmy Chartron is parentless, living on his own and working down at the docks. With dreams of becoming an electrician, he's accepted into the prestigious Navale Academy of Eagleon, where he finds strange things afoot—not the least of which is a ghost who has claimed residence in his head. When murder and mystery unfold at the school, Jimmy finds it's up to him—and the ghost, Tessa—to solve it, before it's too late. Author J.T. Michaels brings a fantasy tale of an ancient war, a modern-day murder mystery, mystical creatures, and memorable characters in his masterfully written young adult novel, Jimmy Chartron and the Lost Keystone.

More on Astro Bug
After the Great War ended a century earlier, Eagleon, now at peace with the other seven countries, shares tales of the heroic men and women idolized for their skills in battle. At his new school, Jimmy sees these heroes depicted among statues in the academy's hallways, including that of Tessa Marlise, whose exact accomplishments are unknown. It is Tessa who, through a chance magical encounter, becomes the voice in Jimmy's head, introducing the teen to unusual goings-on at the school, secrets that can change lives—and the world—forever.

"I suppose I owe you a proper introduction…My name is Tessa Marlise, daughter of Nolan and Zelie Marlise, third rank Rosella in the Last War and Lady of the Stormwing…A nickname I earned during the war which involved a dragon, but that's a story for another time."

Jimmy couldn't help but smile at the voice's suddenly impressive pedigree. "Okay. So, how did you get inside of me?"

With discoveries of monstrous mythical creatures, a murdered caretaker, and suspicious activities, Jimmy finds that the more time Tessa spends inside his head, the deeper he is dragged into the school's sinister secrets and the more magical abilities are shared with him to sort out these occurrences. Jimmy and Tessa launch a partnership, one in which he helps get to the bottom of an ancient and evil plan looming over them, and that can finally rid him of the ghost in his head and set Tessa free. Grappling with how he, an introverted and hapless orphan, has become a part of this collusion, Jimmy is in a race against time with Tessa to unveil the Academy's dark secrets.

More on Astro Bug
Author J.T. Michaels expertly weaves a page-turning epic fantasy world that toggles between ancient magic and heroes and current characters and dynamics. With timeless themes of coming of age, loss and longing, and survival, Jimmy Chartron and the Lost Keystone is a perfect cross-market read for upper middle-grade and young adult readers alike, who are searching for the next enduring fantasy classic. It is the first volume in a trilogy and is available for pre-order on Amazon, Barnes & Noble and other retailers.

If you would like more information about J.T. Michaels and Jimmy Chartron and the Lost Keystone, please contact jtmichaels.author@jtmichaels.ca or visit [ www.jtmichaels.ca ].