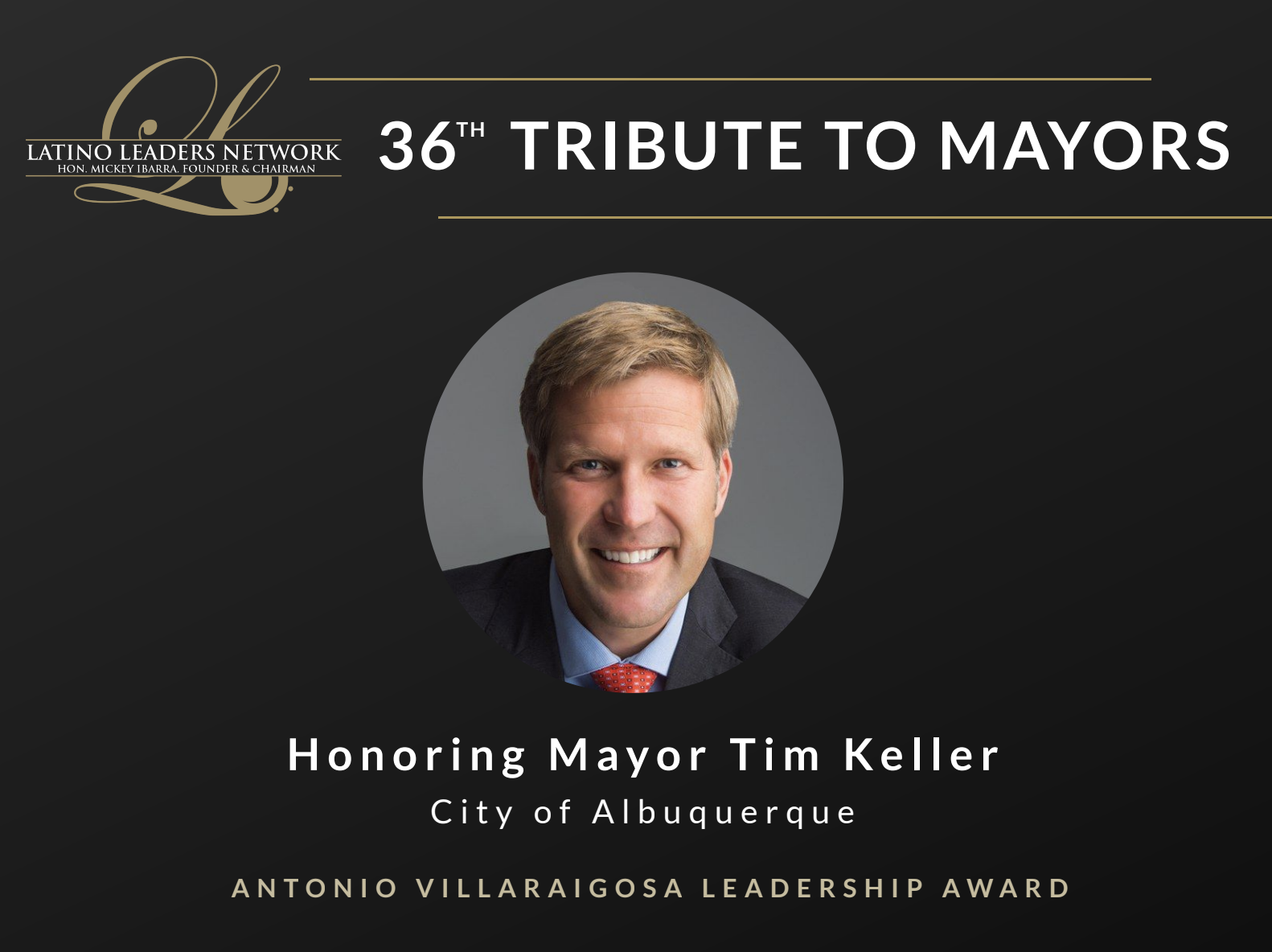 The Hon. Antonio Villaraigosa, the 41st Mayor of Los Angeles, will deliver the honoree tribute and present the award.

WHAT:
The Tribute to Mayors consists of two 2022 national events — convened during the U.S. Conference of Mayors (USCM) winter and summer meetings. The Antonio Villaraigosa Leadership Award is presented to a mayor from a city with a significant Latino population who has exhibited an outstanding commitment to bringing diverse communities together.

WHO: Sponsors WHY:
To celebrate outstanding leadership at the city level during the U.S Conference of Mayors annual summer meeting.

About Latino Leaders Network
The Latino Leaders Network is a 501(c)3 non-profit organization dedicated to "Bringing Leaders Together" since 2004 to establish relationships, build unity, and share our personal stories. Mickey Ibarra, Founder and Chairman, served as Assistant to the President and Director of Intergovernmental Affairs at the White House for President Clinton.